Some of the supermarkets such as Monoprix, Al Meera, Carrefour, LuLu and Safari hypermarkets have put out notices on their social media page that informs the customers that the Green tag on the Ehteraz application would be a necessity if they want to shop at their stores. Shopping mart giants Al Meera posted that only green code which means healthy will be allowed to shop in the mart while other tags such as grey (suspected) and yellow (quarantined) will not be allowed inside. However, those with tags Yellow and Red have anyway not been allowed by the government to venture out.

Other supermarkets such as Saudia Hyper, Family Food Centre, Rawabi and Grand Mall have also confirmed that they would be implementing the same rule which only allows green tags for the safety of other residents.

However, several complains have come from those on Business visa in Qatar that they are unable to activate the Ehteraz app as it requires the QID for the same and the QID is only issued to residents and citizens of Qatar. Even the updated version of the app does not provide any relief to them. Some hypermarkets, however, have said that they would allow those on business visa provided they produce a copy of the visa at the entrance while other people would need to follow the green tag instruction strictly. 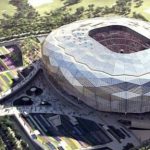 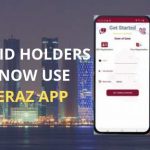