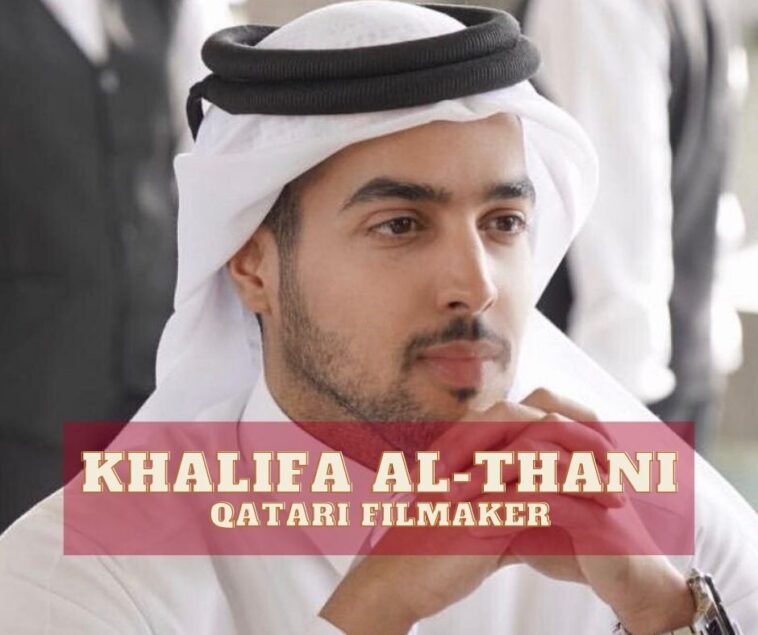 Khalifa Al-Thani is an independent Qatari filmmaker, curator and visual artist. He has worked in a variety of projects, from films to contemporary art and media. His recent work was “Outbreak”, which took place in the Ajyal Film Festival 2020. He has completed Bachelor of Fine Arts from the School of Visual Arts in New York. His work majorly highlights the interdisciplinary exploration of Qatari and identity themes.

In the last few years, he has directed, written and produced many films, such as “A Tale of a song” with Al Jazeera Documentary.

Apart from being the great filmmaker with nationalist documentaries, he has made visual artwork like “Arc” which was a part of Ajyal Film Festival and “Triumph” which was presented at the Markhiya Gallery.

Here we are presenting some exclusive parts from his recent interview:

What do you consider to be your career highlight?

Khalifa: Probably during 2017 when we at DFI started writing up script ideas, creative ideas after the political siege. The creative community showed strength, resilience and it was reflected in our work. I did three short films within 5 months; the passion for film was at a peak.

When did you consider yourself a success?

Khalifa: The word successful is subjective. I have a long way to go. However, seeing my work be praised by the people that mean the most to me, was a turning point and pushed me to grow.

Khalifa: I’ve tapped into all genres. All of them were shorts. I have also written three feature-length films. The genres I now lean towards are period, drama and thriller.

Khalifa: In the last 10 years, I’ve grown an immense appreciation to independent films, mostly one’s from the MENA region, films that discuss socially neglected topics and other issues that we are familiar with. I of-course also enjoying watching Hollywood films, psychological thrillers and horrors.

What is your next project?

Khalifa: I will start the pre-production of my short film “Border”, I was supposed to film it around March of last year, but due to COVID-19, we had to postpone filming, I’m excited to jump back to production.

Who is your inspiration?

Khalifa: My country, its rich history, family, friends, and everyday life experiences. I can’t narrow it down to one or two. There are sources of inspiration all around.

Who is our favourite actor, actress and filmmaker?

Tell us something, no one or very few people know about you?

What do you like doing in your spare time?

Khalifa: Watch films, try to be active, write stories and prior to COVID-19, exploring a new country.

Khalifa: I would like it to be something that could benefit others.

What is one message you would give to the people in Qatar?

Khalifa: My message to people is to be true to your work. It needs to reflect who you are.

Any advice for emerging filmmakers?

Khalifa: Continue writing, continue working on set, don’t be afraid to put yourself out there, put your work out there, and to think of how you find your voice within your work. Also, to work with other filmmakers, to learn from each other and support one another.

What’s the biggest factor that has helped you be successful?

Khalifa: My family, co-workers and friends. I learn from the people that are the closest to me.

What mistakes have you made along the way?

Khalifa: Many mistakes, especially freshman year of college, but isn’t that what school is for?

What was the hardest decision you ever had to make?

Khalifa: Transferring from Business school to Film school. It was a big leap of faith.

What is the best advice you can give?

If you could start all over again, what would you do differently?

Khalifa: I wouldn’t start all over again. I trust the path I’m in is right for me and where I need to be.

How would you describe yourself in 5 words?

What’s the best thing about what you do?

Khalifa: That you get to work with great people who share the same passion as you do.

What advice do you have for someone new to the industry?

Khalifa: Not be afraid of hearing criticism. Go on set. Watch films. Stay true to your craft. Speak your mind.

What skills should someone in your field have?

Khalifa: Cinematography, it’s the toughest for me at least.

What soft skills should someone in your field have?

What are you most passionate about?

Khalifa: My family and friends.

What do you think are the secrets behind getting to where you are?

Khalifa: Making friends within the industry, meeting people that are like-minded and learning from them. It’s all teamwork.

Get to know more about Khalid Al-Thani here: 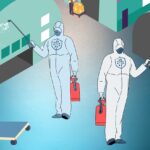 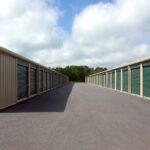