HE the Speaker Ahmed Bin Abdullah bin Zaid Al-Mahmoud presided over the session with the advisory council to discuss the draft law on Permanent Residency ID for expats and workers in Qatar. If the law gets the nod of the parliament, it could make the process easier for expats and foreign workers to get permanent residency in the country which would be a first in the Gulf nations.

While it is a first of the kind move in the Arab countries, the law will reward those who have made a career in the country and has helped the country grow economically and the country wishes to address their concerns in that way. While Qatar was the first country to discuss this sort of development, it might soon become the norm in other gulf countries as well when they move to make this law flexible.

There will be a lot of privileges and benefits offered to those who will hold the Permanent Residency Card of the country when it comes to education, healthcare, and other governmental services as well. they will also benefit as in holding the civil and military positions as well. the permanent residency cardholders would also have the right to own properties or establish a commercial business without needing a local partner.

Though the law is under consideration and further deliberations are due to happen in the coming month, its passing will surely benefit those who worked hard with their soul for the country and its services. It will act as a recognition of their work over the year and their sacrifices to the country.

More From: New Expats in Qatar 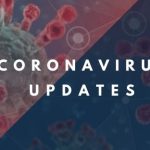 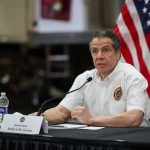