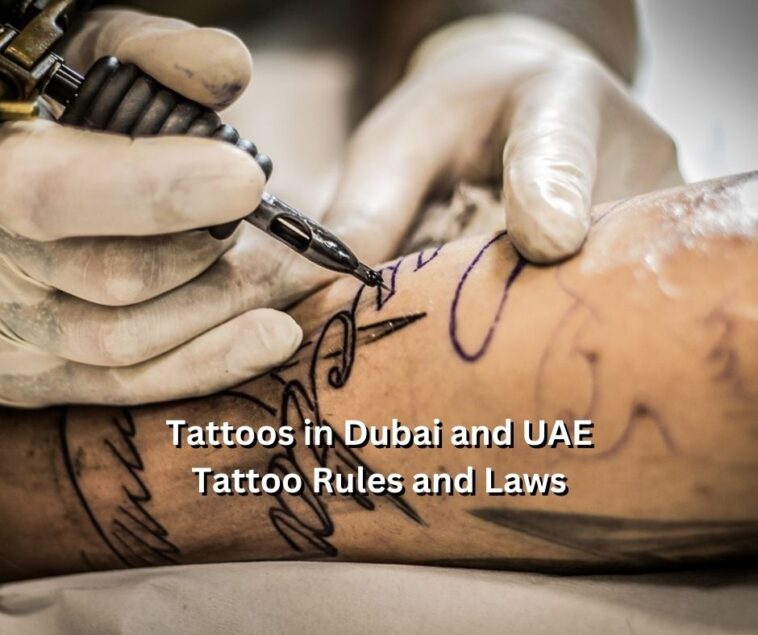 We examine Dubai’s tattoo rules, whether there are tattoo parlors, and whether it is legal to get inked in the United Arab Emirates.

Many foreigners who relocate to and live in Dubai don’t view tattoos as untouchable. In fact, we’re confident obtaining a tattoo is simple to do back home.

As a result, it’s typical to see foreigners who have moved here and are tattooed while they’re out and about in the city.

But amidst all the butterflies, dolphins, and tribal patterns, there is some ambiguity over Dubai’s tattoo rules and what the UAE’s specific tattoo laws are.

In Dubai, are tattoos permitted?

It can be a little complicated when it comes to Dubai’s tattoo regulations.
Simply said, obtaining and having a tattoo are not punishable under UAE law.
As a result, getting a tattoo is not always illegal.

However, due to a Fatwa issued by the Official Fatwa Centre of the General Authority of Islamic Affairs and Endowments (GAIAE) and recognized as a form of self-injury, they are prohibited in Islam.

Because they are viewed as socially inappropriate, it is uncommon to encounter or witness an Emirati or Muslim with tattoos in Dubai and the UAE. It makes sense that there aren’t any tattoo parlors in Dubai in the traditional sense given that the UAE is a Muslim nation.

Naturally, this prompts many expatriates to wonder if tattoos are permitted in Dubai and the UAE.
Getting a tattoo is both acceptable and legal. If you’re wondering, yes, you can display tattoos in Dubai. You can, indeed. Having said that, you can get into difficulties if your tattoo is deemed offensive or goes against UAE standards.

In Dubai, are there tattoo parlors?

Due to the hazards this poses to the general public’s health, getting a tattoo done by an unlicensed tattoo artist is really against the law. Particularly if they don’t thoroughly sanitize the tools, which could result in infections and serious health issues like Hepatitis C.

In Dubai and the UAE, are cosmetic and semi-permanent tattoos permitted?

Only professionals that administer tattooing as a component of medical care, such as physicians or dermatological doctors working in clinics, are authorized to do the procedure.
In Dubai, tattoos for medical reasons are legal and subject to regulation by the Dubai Health Authority (DHA).

Therefore, in this case, these laws and restrictions also apply to procedures like brow tattooing or semi-permanent makeup applications.

However, the authorities of the UAE do not officially regulate any tattoo parlors or artists who work on body art. Consequently, getting a tattoo from an unlicensed, underground tattoo artist in Dubai could get you and them into trouble.

It is impossible to get a tattoo in a real tattoo parlor in Dubai. In Dubai, there are no tattoo parlors and no authorized tattoo artists who specialize in body art.

Although there are several underground tattoo artists and shops, authorities strongly advise against getting one.

Due to the hazards this poses to the general public’s health, getting a tattoo done by an unlicensed tattoo artist is really against the law. Particularly if they don’t thoroughly sanitize the tools, which could result in infections and serious health issues like Hepatitis C.

Medical and cosmetic tattoo artists in Dubai are likewise subject to these restrictions.

In Dubai and the UAE, are cosmetic and semi-permanent tattoos permitted?

Only medical professionals, such as dermatologists or doctors, who provide tattooing services in clinics as a component of medical care are authorized to perform tattooing.
The Dubai Health Authority, which has control over tattoos in Dubai, permits tattoos for medical reasons (DHA).

Therefore, in this case, same laws and regulations also apply to procedures provided by semi-permanent makeup artists, such as brow tattooing or comparable procedures.

However, there aren’t any recognized tattoo parlors or artists who are subject to government regulation in the UAE. Therefore, getting a tattoo from a rogue tattoo artist in Dubai who lacks the proper licensing could get you and them into trouble.

However, this also depends on the field; for example, the creative and media industries might be more laid back than, say, the world of medicine or even the world of sales.

So, if you’re wondering if having a tattoo on your body will prevent you from finding employment in Dubai?

You very certainly can, in fact.

Can tourists get tattoos in Dubai?

There are health hazards involved with unclean tattooing techniques that can transfer infections, thus locals and visitors are warned not to use the services of illegal tattoo artists who work underground.

There are no inspections or certificates for sanitation in Dubai or the UAE because there are no organizations that oversee tattoo artists that specialize in body art. Contrary to authorized medical facilities, Dubai’s underground artists might not uphold the required standards of hygiene, sanitation, and maintaining sterility of tools.

Therefore, visitors are strongly advised against thinking about getting a tattoo in Dubai or the UAE.

We just have one more piece of advice for visitors to Dubai: if you have a tattoo that contains images or slogans that could be considered objectionable, cover it up.

Can I get a tattoo and still travel to Dubai and the UAE?

While some tattoos may be considered rude in the UAE, some may be regarded socially acceptable in your native country. For instance, foul language, nudity, and visuals may come under this heading.

According to the rules established by The General Authority of Islamic Affairs and Endowment, visitors who have tattoos that the UAE federal law deems insulting may be barred from Dubai and the UAE for life. Of course, this is an extreme situation that doesn’t occur frequently in the UAE. 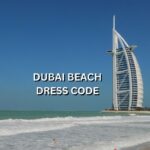