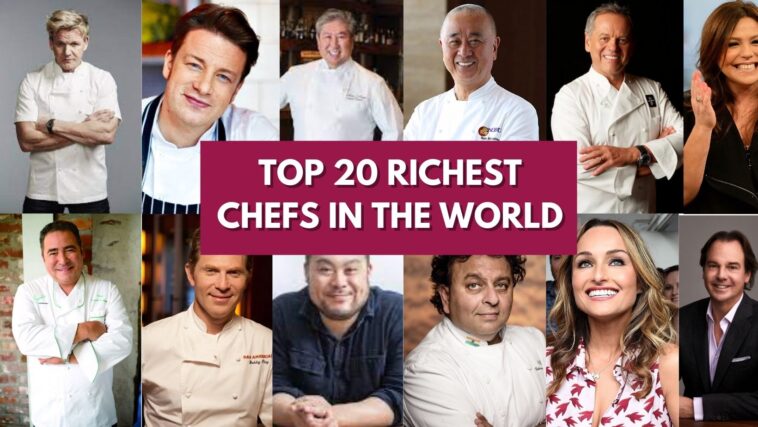 We have made a list of the top 20 richest chefs in the world following. So let’s check who is the world’s richest chef!

The following celebrity chefs are always been in the public eye in some way or another via their cooking show, or books, or restaurant business. And they make their way in the world through their hard work. Let’s check a list to see who are these chefs and know more about them

The following details of the chefs are the results of research from various resources available on the internet.

He ranks 20th on the list of richest chefs in the world. He has three restaurants in California. Currently, he has a net worth of $20 million.

He was born in America on 22nd January 1968. He is well-popular for his Emmy Award-winning TV series on the Food Network. He is also the writer of many books.

With a net worth of $25 million, Mario Batali ranks 19th on the list. He is well known for his appearances on ‘Molto Mario & Iron Chef America’ on the Fodd Network.

An American celebrity chef was born on 9th September 1960. He is a co-owner of various restaurants across America such as New York, Las Vegas, Los Angeles, and Newport Beach, California.

Rick Bayless is known for his PBS series, Mexico: One Plate at a Time. With a net worth of $30 million, he ranks 18th on the list.

The chef was born on 23rd November 1953, popular in traditional Mexican cuisine with a modern twist. He started his first restaurant ‘Frontera Grill’ in 1987 with his wife, and since then, he has been growing.

With a net worth of $30 million, Giada De Laurentiis ranks 17th on the list of the richest chefs in the world. Furthermore, she co-hosted NBC Today, won the Daytime Emmy Award for Outstanding Lifestyle Host, and was also named Gracie Award winner for best television host.

She is the owner of the GDL Foods catering business.

Marco is in the 16th position on the list of the richest chefs in the world. His net worth is $40 million.

He is a well-known celebrity chef, TV personality, and restaurateur from the United Kingdom.

He is known as the youngest chef and the first British chef to be given three Michelin stars. With various awards and achievements, he has a very remarkable career in the culinary business and also trained many celebrity chefs in the following list.

With a net worth of $45 million, Levi Roots ranks 15th on the list. He is well known for his ‘Reggae Reggae Sauce.’

Levi got his big break on the British television show Dragon’s Den after selling his sauce at food trade shows in the UK and the Notting Hill Carnival. A few months after the show aired, Reggae Reggae Sauce was stocked in 600 Sainsbury’s supermarkets throughout the UK.

With a net worth of $45 million, Charlie Ayres ranks 14 on the list of the richest chefs in the world. Ayres is well known as a former executive chef at Google Headquarters.

He started his professional career working for Hilton Hotels before attending culinary school.

After graduating from college, he worked in several restaurants around Boston before moving to California. Afterward, he started his own business and opened Calafia Market / Calafia Café in Palo Alto on January 20, 2009.

Vikram Vij is in the 13th position on the list. Apart from being a chef, he is also an author, businessman, and TV personality. At present, his net worth is $50 million.

He owns Vij’s Restaurant and Rangoli Restaurant in Vancouver, British Columbia, together with his ex-wife.

An impressive career in the culinary industry led him to become an investor on the Canadian television show Dragon’s Den and to unite on two award-winning cookbooks.

With a net worth of $50 million, Andreas ranks 12th on the list of the richest chefs in the world. He has restaurants in D.C., LA, Las Vegas, Washington, Florida, New York City, and Florida.

He began his career as a chef after finishing his military service and learning from Ferran Adria for three years before moving to America.

He has been awarded two Michelin Stars, a National Humanities Medal, and countless industry awards for his culinary skills.

A chef and author Ina Garten ranks 11th on the list. She is also a host of Barefoot Contessa on the Food Network. Her Networth $60 Milions.

She has amassed a $50 million fortune from the industry despite not having formal training as a chef. To improve her recipes, she gathered feedback and criticism from friends and family, before she launched her own food store, Barefoot Contessa, and a series of cookbooks.

With a net worth of $60 million, Chang ranks 10th on the list of the richest chefs in the world. Chang founded the Momofuku restaurant group.

With a net worth of $60 million, Bobby Flay ranks 9th on the list. He also hosted many programs on Food Network.

He owns Mesa Grill, Bar American, Bobby Flay Steak, Gato, and Bobby’s Burger Palace, which has 19 locations across 11 states in the United States.

With a net worth of $70 million, Emeril Lagasse ranks 8th on the list.

He graduated from culinary school in 1978 and evolved Executive Chef at Dunfey’s Hyannis Resort in 1979.

He was awarded Chef of the Year in 1983. After working as an Executive Chef in Commander’s Palace, New Orleans for seven and a half years, he opened his first restaurant Emeril’s.

A chef, author, TV personality, and businesswoman Rachael Ray rank 7th on the list of the richest chefs in the world. Rachael Ray’s net worth is $80 million at present.

She is known for her “quick and easy” cooking style, in which people can prepare healthy recipes in 30 minutes or less.

With a net worth of $90 million, Wolfgang Puck ranks 6th on the list.

At the age of 24, the Austrian-American chef moved to the United States from Austria. He trained as an apprentice under Raymond Thuiler at L’Oustau de Baumanière in Les Baux-de-Provence, the Hotel de Paris.

After two years, he moved to Los Angeles and became a co-owner of Ma Maison restaurant.

Thomas Keller is the 5th richest chef in the world. Currently, he has a net worth of $130 million.

The American-born celebrity chef, restaurateur, and cookbook author has won numerous industry awards in his career, including the Best California Chef award in 1996 and the Best Chef in America award in 1997.

He began his career working in his mother’s restaurant before being mentored by Roland Henin, a French-born Master Chef who taught him the fundamentals of cooking.

Nobu Matsuhisa is the 4th richest chef in the world. At present, his net worth is $200 million.

He began his culinary career working at a sushi restaurant in Shinjuku, Tokyo, where he lived for about seven years.

With a net worth of $220 million, Ramsay ranks 3rd on the list of the richest chefs in the world. Apart from being a chef, he is also a writer, TV personality, and restauranteur.

As a result of his appearance on the 1998 television miniseries, Boiling Point, Gordon became one of the most famous and influential chefs in the UK by 2004.

Jamie Oliver is the second richest chef in the world. At present, his net worth is $400 million.

He began his career as a pastry chef at Antonia Carluccio’s Neal Street restaurant, where he created his flavor for Italian cuisine. Afterward, he became a sous-chef in a restaurant in Fulham, London, where the BBC examined him, and the rest is history.

Alan Wong is the richest chef in the world. At present, his net worth is $1.1 billion.

He’s a chef and restaurateur who’s known as one of the co-founders of Hawaii Regional Cuisine. 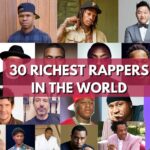 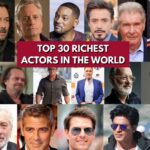