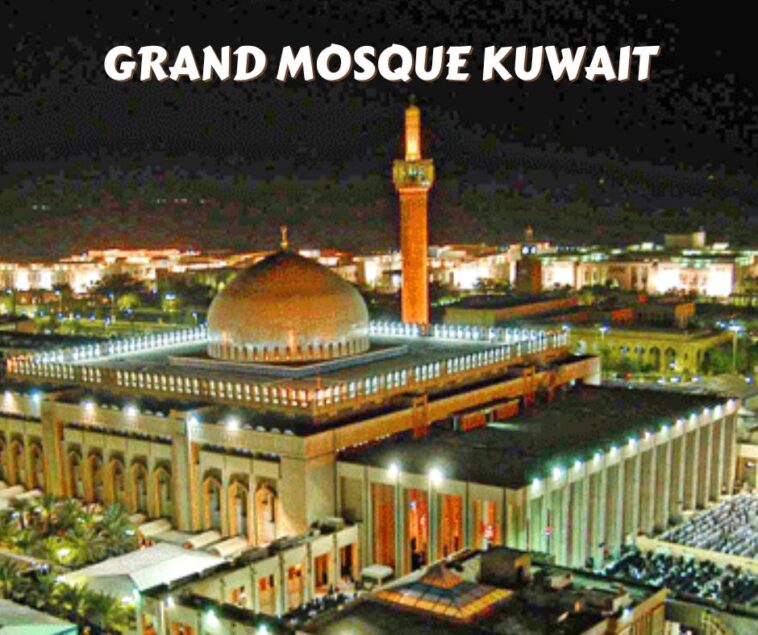 The Grand Mosque, which is the largest and the official mosque of Kuwait, is situated in the center of the city and is the only place where official religious ceremonies are held. This mosque is known as “Al-Masjid Al-Kabir” by the locals.

The building area is 20,000 square meters out of a total area of 46,000 square meters. The Grand Mosque is one of Kuwait’s most beloved sites and is known throughout the world for its Islamic architecture. This mosque was built with a great deal of effort by the architects and builders, who began work on it in 1979 and finished it in 1986 at a cost of roughly KD 14 million. The Grand Mosque is well-known for the way it arranges its prayers during the final 10 days of Ramadan. Throughout the last ten days of Ramadan, thousands of Muslims congregate.

This beige-colored mosque, which is located next to the Stock Exchange and Al Seif Palace, does not appear to be as magnificent from the outside as it is inside. Every weekday at 9:00 a.m., visitors and tourists are welcome to visit the mosque and take a free guided tour.

In addition to having the chance to ask numerous questions, tourists will learn a lot of information about the structure and the Islamic way of life through doing this. If a visitor does not own an “abaya,” they can also borrow one. Clothing that is long and flowy is advised. The color scheme is blue and beige, which is extremely pleasant and is inspired by the hues of the surroundings.

Since it has four columns and a large floor area, the main prayer hall can hold close to 10,000 men. With natural light filtering in and stunning chandeliers hanging from the roof, it is elegant. The building was finished in 1986, and since then, more people have come to worship there.

The magnificence of the gold leaf and the intense blues greet visitors as they enter the mosque. Gypsum that has been hand-carved gives the mosque additional textures, incredible geometric Andalusian style patterned tile work brightens the area, and decorative calligraphy draws visitors’ eyes all over the space.

The mosque’s main prayer hall is 70 meters wide on all sides and features 144 windows and 21 teakwood doors for lighting. The main prayer hall, which can accommodate up to 10,000 men, is only operated by male worshippers. A smaller than the main hall worshipping room specifically designed for women is created in the mosque, and it can only hold 1,000 female worshipers. The space is square because places of worship usually face Mecca; this is made possible by the building’s square shape.

The mosque’s dome measures 26 meters in diameter and 43 meters high. Its dome, which is topped with a copper crescent, supports four opulent chandeliers. The Kuwait Grand Mosque’s intricate details may be seen on its dome, which is embellished with the Asma al-hosna, the 99 names of God recorded in the Quran.

There is a 5-level parking structure beneath the eastern courtyard that can house up to 600 cars and double as a prayer area. The mosque’s northwest corner contains a minaret that has elements of Andalusian design. Visitors can see that there are no depictions of people, Mohammed, God, or any other living thing in the decorative features of the area. This is due to the notion that depicting God or His likeness in art is sacrilegious and that such attempts to characterize God’s creations can never truly compare to the genuine thing. It is preferable to use star patterns because they can be significantly extended to create an unlimited number of patterns.

Ten gates constructed of precious wood are seen in the mosque. A passage from the Holy Qur’an inscribed in Kufi calligraphy is displayed on the Qiblah, the direction in which Muslims face when they bow down for prayer. The artwork’s stunning calligraphy and colors are created in a way that will increase one’s trust in God. The geometric design of the mosque is reminiscent of the desert and the Gulf regions in the area.

The Amir’s chamber, the Grand Mosque’s crowning glory, is unquestionably worth visiting. The Amir and his visitors use this room, which is located directly off the main prayer hall, twice a year. The room features symmetrical lines on the walls and ceiling, which is an excellent design choice. The Amir room’s hand-carved gypsum ceilings are its most notable feature.

On Arabian Gulf Street, across from Al Seif Palace and the Stock Exchange, is where you’ll find the mosque. 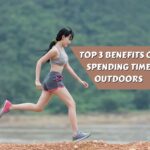 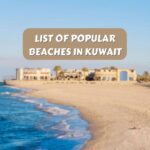