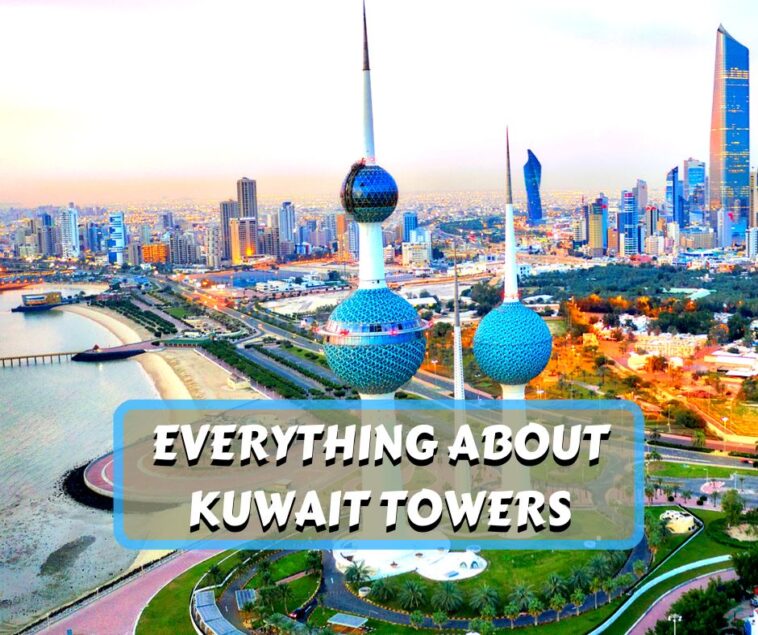 Three skinny towers together are known as Kuwait Towers. It represents Kuwait’s economic revival and serves as a global tourist destination. The Kuwait Towers, which were formally inaugurated in 1979 and stand on a cliff tending the Arabian Gulf, are regarded as a major tourist destination and an iconic structure in contemporary Kuwait.

The Kuwait Towers are compared to the blue-tiled mosques and slender minarets of Samarkand and Bukhara, and they charmingly indicate a combination of classic Islamic architecture and modern architectural ideas. The towers have come to represent the wealth and extravagance that have moved this hitherto sleepy backwater nation into the 10th richest country in the world ever since their official debut.

Less than a year after Kuwait gained its independence from England, a concept to build Kuwait Tower was first conceived. Malene Björn and Sune Lindström, two Swedish architects of Vatten-Byggnadsbyzan (VBB), created the design, which received formal approval in 1971. The majority of the structural work, which was finished between 1975 and 1976, was allocated to Belgrade-based contractor Union-Inzenjering.

Kuwait was subjected to an obscene occupation by Iraq for seven months starting on August 2nd, 1990, when Saddam Hussein invaded Kuwait. After a 100-hour ground operation that started on February 25th, Kuwait was able to retain its sovereignty. The Kuwait Towers and other remnants of an independent Kuwait were to be destroyed, but Saddam’s troops sabotaged those efforts. In addition to causing damage to the towers’ exteriors with gunfire and shrapnel, Iraqi soldiers purposefully destroyed the electrical utilities and interior services.

The Kuwait Towers’ damage, which is estimated to be 75%, was repaired for the remainder of 1991 and into 1992, and all necessary comfort and technical amenities were brought back to working order. The projected cost of the renovation was KD 2 million. When Nasser Al-Roudhan, the country’s then-minister of finance and planning, reopened the Kuwait Towers to the public on December 26, 1992, it was a momentous day for the citizens of Kuwait.

The 38,000 m2 Kuwait Towers were constructed in March 1979 and have two major towers and one minor tower. The Ground Floor, Main Sphere, and Viewing Sphere make up the 187 meters (614 feet) tall main tower. The distinctive restaurants, cafés, and reception rooms of Kuwait Towers are likewise located in the main tower; the lower sphere houses a restaurant with seating for 90 people in its top half and a 4,500 cubic meters water tank in its lower half. The viewing sphere, which rises to 123 meters above sea level, rotates 360 degrees every 30 minutes, giving guests a panoramic view of Kuwait City, its mesmerizing surroundings, and the serene blue seas of the Arabian Gulf from inside a glass-enclosed pavilion.

The second tower is 147 meters tall and serves as a water reservoir. The third tower is home to the lighting systems that illuminate the two bigger towers and provide electricity to various Kuwait City neighborhoods. 10,000 cubic meters of water are stored in all of the towers.

The Danish architect Malene Bjorn created Kuwait Towers as part of a water distribution project, and the Swedish engineering firm VBB is responsible for upkeep (since 1997 called Sweco).

The VBB has given the Yugoslavian company Energoproject of Belgrade the primary construction assignment. Precast and reinforced concrete were used to construct the towers. A total of 41,000 enameled steel discs in eight colors of green, blue, and grey cover the three spheres, evoking the tiled domes of ancient mosques. The spiral arrangements of the steel discs are already present all around the spheres. The Aga Khan Award for Architecture was given to the construction of Kuwait Towers and the Kuwait Water Towers in 1980.

The Kuwait Towers are regarded as a landmark and a representation of contemporary Kuwait. The towers, which were first displayed in March 1979, were shut down for renovation from March 2012 to March 8, 2016, and a sizable fireworks display was held to celebrate their reopening. In Kuwait, the towers are a fairly well-known landmark that can be seen from much of the city.

The Kuwait Tower Group, as represented by the globe and rocket, the architect claims that it speaks to the principles of humanity and technology. The Aga Khan Award for Architecture was given to the Kuwait Towers and Kuwait Water Towers.

At 82 meters above sea level, guests can enjoy first-rate service, including a daily international open buffet provided during the following hours:

Since Fusion Sushi offers a delectable buffet, you may savor a variety of Japanese and Chinese dishes from sushi to teriyaki and noodles. All of the menu items are reasonably priced, and you may sample them while admiring the lovely wood décor and the sea view, which together will make the experience memorable. With friends and family, it can be the ideal destination.

Located 79 meters above sea level and offers guests a vast variety of pastries, fruits, savory snacks, and beverages while overlooking the Arabian Gulf.

With a 45000 square meter footprint, it is Kuwait’s biggest and official mosque.

The museum contains a variety of intriguing and odd exhibits about Kuwait’s relationship with the water, including sailing, fishing, and pearl diving.

One of Kuwait City’s oldest souqs, which served as the commercial hub before the discovery of oil.

One of the biggest shopping centers in Kuwait City. 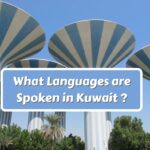 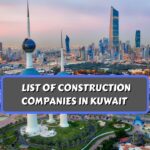