The recently published Paul Budde Communication’s Focus Report has put Qatar on the top of the ladder for innovation in Telecommunication in the Middle East region. The report deals with the major developments and aspects in the telecoms markets and releases its report area wise.

Qatar has always been the regional leader when it comes to maturity in telecommunications and its priority to make it one of the highest fixed and mobile penetrations in the Middle East group of countries. The country has also been at the forefront of the progress made towards realizing the potential of the 5G network.

In Qatar, mobile communication is led by Ooredo Qatar and Vodafone Qatar. Ooredo Qatar had claimed in 2018 that it had developed the first commercial 5G network in the world and in the same year it switched on its live 3.5GHz 5G (Non-Standalone) New Radio (NR) network. In 2019, the company further announced that it had developed over 90 base stations of 5G. While Ooredo has been at the forefront, Vodafone Qatar is not much behind. It has shown significant progress towards 5G and deployed the 5G network based on New Radio (NR) in the 3.5GHz frequency.

If the volume of consumption were to be considered, citizens of Qatar are some of the largest users of the Internet in the Middle East while having embraced the Over-the-top (OTT) services while the operators have improved the fiber-based broadband networks. In 2019, Vodafone upgraded its fiber networks to support Gigabit speeds.

The report which focuses on analysis, information, and industry statistics noted that Coronavirus outbreak has had a significant impact on the production and supply chain in Qatar as well. It predicts that in the coming year, the telecom sector might experience a downturn in mobile device production while also facing the issues of maintenance and upgrading existing infrastructure. It predicts that the progress towards 5G will either be slowed or postponed in some countries.

On the consumer side, the report predicts that spending on telecom services and the device will take a hit as there would be financial tensions due to losing jobs and lesser incomes. However, it will not be as big a hit as other sectors due to its crucial role in communication. It predicts that the net effect would be steady in the markets.  Though it is challenging to predict the future of the telecommunication market, the report finds that Coronavirus will have certain effects on this sector considering its disposable nature.

The report has also covered the responses of the telecom operators and government regulators in the crisis and how they ensured that citizens can continue to make optimum use of the services. It takes into account the subsidies offered by the government as well as the promotion of telehealth and online education among other plausible solutions.

Greater developments in the Telecommunication sector 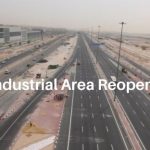