The Ministry of Awqaf and Islamic Affairs in Qatar has put a full stop on the rumors doing the rounds about a possible re-opening of prayers within mosques and has clarified that the decision about suspending prayers within the mosques will remain in order. The clarification comes amid a rumor doing the rounds on social media that the mosques would be re-opened by the government.

The Awqaf Ministry tweeted about the confirmation of the suspension of prayers within the mosques. It said that the mosques will remain to be closed as it is part of the preventive and precautionary measures issued by the Government of Qatar to curb the spread of Coronavirus. It termed the news doing rounds on social media as ‘not official’ and urged the people to not pay heed to such rumors.

The Awqaf Ministry further said that the pictures, showing worshippers performing prayers by following the social distancing and preventive measures being circulated on social media, are part of the proactive educational material prepared to educate the Muslim community before actually opening the Mosques.

The ministry clarified that preventive measures and social distancing will continue as stipulated by the government and the instructions provided in the education material will be followed only when the situation becomes feasible to re-open the mosques. 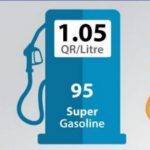