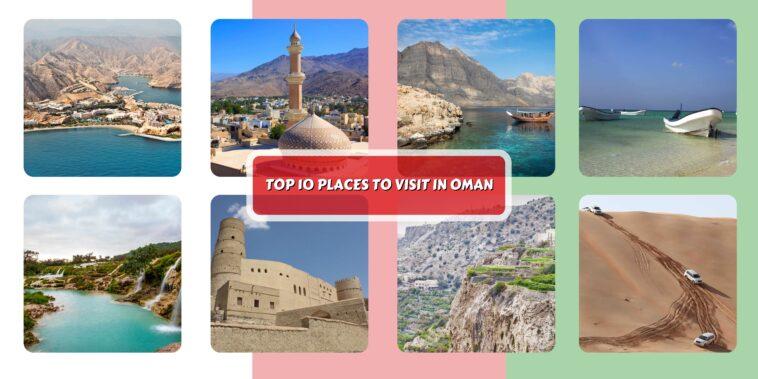 Oman is one of the premier destinations for travelers filled with lots of appeals and beautiful cities. Although Muscat is the most popular destination in Oman, it doesn’t offer all the country has to offer. Hence, we have compiled the list of the top 10 popular places you must visit in Oman. Let us know how many places you have already visited!

Do you know that compared to larger cities in Oman, smaller villages like Misfat al Abryeen present a more traditional atmosphere? It looks more like an Italian mountain village something you might find in the Arabian Peninsula, as it is built from stone houses in shades of brown and orange.

Nevertheless, Misfat al Abryeen is a stunning example of mountain life in Oman. As you walk up the steep road, you’ll see banana trees and lush greenery as you pass the buildings. Above the village, there is an ancient watchtower from which you can see Misfat al Abryeen and the nearby fields and dams.

Oman’s Masirah Island is a unique destination for travelers looking for sun, sand, wildlife, and history. Despite the small size of the towns on Masirah Island, it is home to a large Omani airbase. This means few crowds and plenty of isolated spots to explore.

Ferries run regularly between the mainland and the island. Among the most popular activities on Masirah Island are swimming, exploring the numerous shipwrecks just off the coast, and watching the more than 30,000 turtles that hatch every year.

Oman’s northern city of Bahla is another must-see destination. For centuries, Bahla has been a stopping point for travelers traveling through the desert. Bahla is only 40 km from Nizwa and has a spectacular fort.

In the 13th century, the Bahla Fort was largely under the control of the Banu Nebhan tribe. You can explore the Bahla Fort as well as the walls of the city, which are made of adobe and stretch for nearly seven miles. Bahla is known for its impressive selection of local pottery, a popular souvenir.

The southern city of Salalah is often referred to as the second city to Muscat. It has special significance today because it is the ancestral home of Sultan Qaboos, the reigning sultan in Oman since 1970. In Salalah, you can marvel at the Qaboos Palace and enjoy the Old Town, or Haffa. A monsoon cloud from India brings constant rain from June to August, transforming the coastal region around Salalah into a green oasis with seasonal waterfalls and streams.

Al Hajar Mountains are made up of Green Mountain, also known as Jebel Akhdar. This is not a traditional mountain top, so don’t let the green misnomer fool you. Jebel Akhdar is primarily limestone and contains the highest point in all of Oman. You can now hike through beautiful terraces and even spot trees laden with fruit in this protected area. Jebel Akhdar is the perfect place to enjoy hiking even in the deserts of Oman.

Ras al Jinz is located on the easternmost tip of Oman and is a turtle reserve that helps to populate and protect sea turtles in the Indian Ocean. During the summer, or between May and October, you can see turtle nests on the beach and watch the baby turtles hatch.

The United Arab Emirates separates the Musandam Peninsula from the rest of Oman, which is located at the northernmost tip of the country. Coastal communities and mountain villages have long called this area home. Parts of this region are very isolated. There are spectacular fjords on the north side of the region. A Musandam Fjords visit includes boat trips to explore the coasts and peaks rising from the waters, watching dolphins from an Omani Dhow, and scuba diving out at sea.

The Wahiba Sands are a stretch of desert in the middle of Oman. In this region, the Bedu people live, making it a popular vacation spot for those in search of traditional, authentic, and true Oman. Explore the Wahiba Sands by camel and camp under the stars in the desert. Several guided tours begin in Ibra, which is the gateway to the Wahiba Sands.

Nizwa served as the capital of Oman in the sixth and seventh centuries. The city’s best known feature is its amazing fort, which was built by Sultan Bin Saif Al Ya’ribi in the 17th century. Some portions date back to the ninth century. The Nizwa Fort is most notable for its imposing cylindrical tower.

Muscat is likely to be your only stop in Oman. Forts, palaces, museums, markets and other attractions can be found in this city. Qasr Al Alam Royal Palace’s interior can’t be viewed, but you can get a good look at the amazing structure from the harbor. 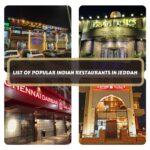