Qatar is known to have the gift of the ancient civilization and some of its cities are among the oldest continuously habited cities in the world. Therefore, the history and culture of Qatar becomes highly important and you can learn about them in these following places of historical importance –

The Qatar National Museum is located at the eastern end of the Corniche and is housed in the formal royal palace. The museum is known to display the geological history of Qatar apart from having a large pool of Islamic relics and artifacts. Also, you can find a marine museum which showcases different types of fishes in Qatar. You can get to see the former residences of Sheikhs here.

This amazing museum is located in the Al Khor town which is 57 km north of Doha. This museum showcases anthropological life as well as the excavation history of Qatar in the surrounding areas. It faces the seafront of Al Khor City.

The Al Wakrah museum is located in the Al Wakrah town which is 17 km from Doha. The museum displays the marine life and aquatic ecosystem of Qatar’s inland shores as well as natural history.

The Weaponry museum is located in Al Luqta and is in the suburbs of Doha. The museum showcases historically rare daggers, swords, miscellaneous firearms, and accessories as well as ceremonial swords, including the gold-encased dagger owned by Sheikh Ali Bin Abdullah Al Thani, a sword belonging to King Faisal Bin Abdul Aziz Al Saud of Saudi Arabia and a traditional curved dagger which belonged to Lawrence of Arabia.

This museum is located along the Doha Port and has been designed by I.M. Pei. This museum displays artifacts from Muslim dynasties around the world as well as from the Al-Thani dynasty.

This is one of the most important museums of the world given its large number of Orientalist collections. There are around 700 paintings with watercolor all of which trace back to the 18th century.

These private collections were given to H.H. Sheikh Faisal bin Qassim Al-Thani by his father, Sheikh Qassim bin Faisal and feature more than 3000 unique pieces, Islamic manuscripts, metal objects, and some major archaeological findings as well as embroidery, textiles, carpets, and antique furniture.

This museum has been designed by Santiago Calatrava and is known as one of the most famous photography museums in the world. It displays government collection of more than 15000 photographs including historic cameras, accessories, and albums.

This fort is located on the west coast of Qatar and was built during the Abbasside period. It has the inscription of the Abbasside architectural style.

This amazing fort is located in the northwestern part of the country and is 110 km away from Doha. The rectangular fort has four towers and resembles the design of desert forts. It was built between the 17th and 19th centuries.

This fort is located 100 km west of Doha in the town of Al Zubara and was constructed in the year 1938. This rectangular fort which has been turned into a museum has circular towers in three corners and a rectangular tower in the fourth corner.

This fort was constructed anywhere between the 17th and 19th centuries and is rectangular in shape having four towers in all its corners.

Apart from these forts, one can learn about the history of Qatar by visiting other forts such as Barzan Tower, Umm Salal Mohammad Fort, Al-Wajbah Fort, Al-Jassasiya, as well as the famous Al-Ghuwair Castle. 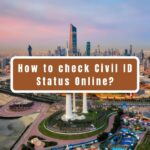 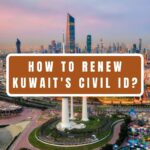