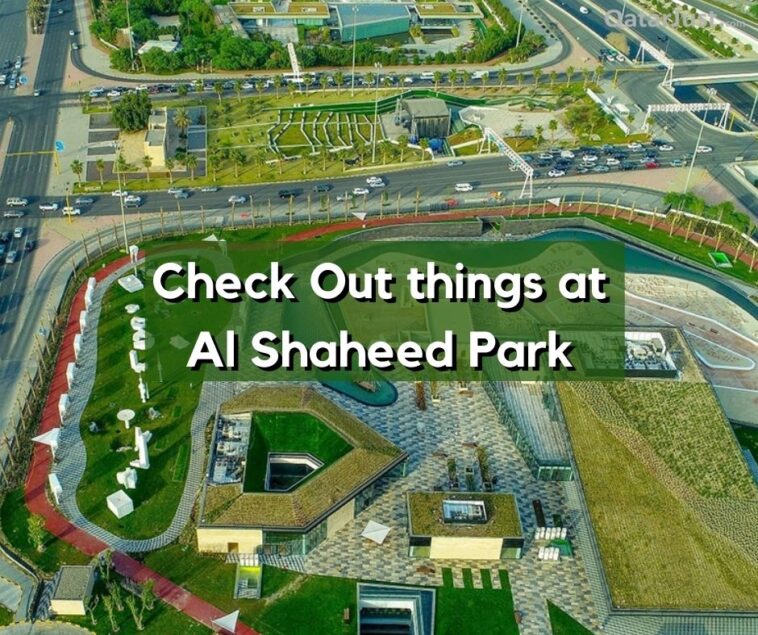 Do you know that Al Shaheed Park is situated on the country’s one of the oldest ring roads on the perimeter of Kuwait city? It is Kuwait’s traditional, environmental and cultural platform with innovative design and artwork. It also provides high-quality programs and events, which are its purpose to promote awareness and to educate citizens on the value of their country’s land, history & environment. Additionally to the support of the international and local market for arts.

In 2012 H.H. the Amir Sheikh Sabah Al-Ahmad Al-Jaber Al-Sabah aspired to reconstruct and develop the destiny of the previous Green Belt – a group of gardens built from 1961-64 within the old city of Kuwait and its development – and in extension to pay tribute to the victims of Kuwait and their sacrifices. The Green Belt was renamed Al Shaheed Park in remembrance of its victims. The park is formed by Al Diwan Al Amiti and operated by Loyac. However, the park is one of the most important green infrastructure plans in Kuwait with 200,000 m2 of greenery in total and is the biggest city park in the country overall.

It has one of the huge construction green roofs in the world at approx. 75,000m2. It also has many green-roofed structures sitting atop the park-like museums, the Visitor Center, and restaurants. The Master Plan consolidates cultural, social, and environmental aspects of the environment. It is also safe and secure from noise pollution.

The park is planned by Sara Machado+ Ricardo Camacho and The Associated Engineering Partnership – TAEP. The site has wonderfully decorated and includes statues, botanical gardens, and two museums, a modern congress center, the Visitor Center with cafes and restaurants, the Amphitheatre, the Bird Aviary, etc.

The central entrance gate of Al Shaheed Park is ‘Celebration Gate.’ Its unique design claims various details featuring a gabion wall and green wall, one of the diverse existing walls established within the park. An estimated 1,000 central green walls hang inside the Habitat Museum.

The park has two chief monuments:

The Martyr Monument is a seven-meter-high glassful statue made to acknowledge the victims of Kuwait. The construction of this monument was the first step taken in the renovation project of the park.

The Constitution Monument, located at the Core of Al Shaheed Park, was created to commemorate the 50th anniversary of Kuwait’s constitution and celebrate Kuwait’s first parliament members. The monument was designed by Sdarch. It tells the story of a nation with the help of its plants, trees, and fountains.

Thekra is a commemorative museum that tells the history and battles of Kuwait, and the Gulf War, where guests are presented with a treasure of knowledge. Thekra museum aims to protect the country’s historical & cultural values by cooperating with the public. Its cafeteria faces the memorial garden and pool and provides a research room for the storage of historical data. Two men and female prayer rooms are also available within the museum office building.

The Habitat is an environmental museum that examines Kuwait’s environments and strives to raise awareness and educate the public on the various ecosystems and the impacts of pollution in the land.

The Underground Parking at Al Shaheed Park is a two-floor car park with 900 localities and elegant spring fountains. There are two chief car park entries – a Blue Zone and a Green Zone with escalators and escalators and eight stairway entries. An eye-catching portion of parking is the underground gardens.

The park has public outdoor and indoor spaces for cultural events. The park also arranges the activities of music festivals, poetry, fitness challenges, jogging, yoga, and educational workshops for everyone. The park also has lovely outdoor sculptures designed by a local artist. The Circle of Peace area is the huge open grass area where most of the big events and activities happen. Between the cafeteria, the multipurpose hall, and the entrance to the old Kuwait, there is a beautiful plaza that features The Marble game, a popular kid’s game with large sculptures.

The visitors are provided with several guided tours accompanied by Al Shaheed Park Tour Guides. The wonderful, delicate, and unique Al Shaheed Park is a public garden sanctuary in a desert city acknowledging its past and advancing sustainable cultural and environmental perspective for both visitors and citizens of Kuwait. 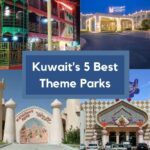 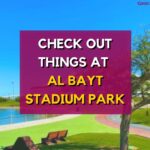